Why South African Businesses Are Choosing to Operate From Mauritius 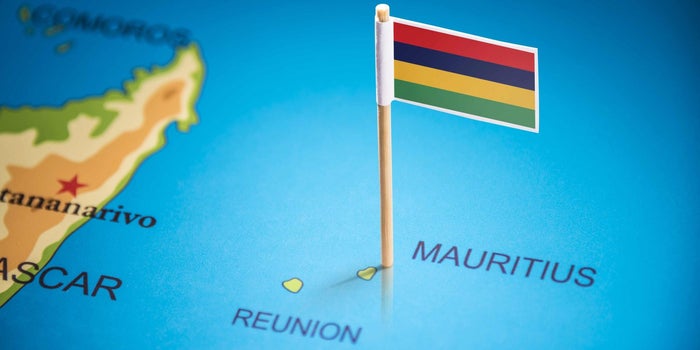 Mauritius used to be all about its beaches. Today, it’s becoming a big business player, not only in Africa, but on a global scale. Here’s why.

Mauritius may just be an island – its annual tourist influx of 1.4 million outnumbers its own population of around 1.3 million – but this hasn’t stopped it, over the past three decades, from growing into a giant on the business front.

As far as the continent goes, it’s already racked up a number of African ‘firsts’ in terms of international business achievements. These include Economic Freedom of the World (2017, Fraser Institute), Forbes Survey of Best Countries for Business (2017) and the Global Competitiveness Index (2017-2018).

It also secured first place in Africa and 25th position overall out of 190 countries on the World Bank’s Ease of Doing Business Report, receiving recognition in terms of its political, social and economic stability, efficient and effective regulatory framework, state-of the-art infrastructure, transparent and innovative legal framework and its highly competitive tax system.

With a government focused on promoting foreign and domestic investment, Mauritius has enabled free repatriation of profits, no withholding tax on dividends, interest and royalties, no capital gains tax, and no estate duty, inheritance tax or gift tax. Plus, it has 44 tax treaties with countries across the globe, and another 32 in various stages of negotiation and ratification.

Together with its low tax rates, its fiscal regime has seen it being listed in 2017 on the Organisation for Economic Co-operation and Development (OECD) ‘white list’ in terms of transparency and being a fully compliant tax jurisdiction in terms of best practice international standards. It was, indeed, one of only three such top-rated jurisdictions in the world.

It is welcoming foreigners with open arms and – as a country in Africa – it’s certainly giving South Africa a run for its money.

Along with 4% growth in its economy, its reputation is also growing for being the best financial hub and base for businesses coming to Africa.

Related: 10 Cheap Businesses You Can Start In South Africa Aimed At The Local Market

Investors from places such as France, India, and the UK – not to mention South Africa itself – are all seeing it as a safe place to set up shop.

It’s why we, as The Business Exchange (TBE) with our own home base in South Africa, have set up our latest co-working space here, to meet the growing demand for office space on the island. It’s a destination we believe is out-investing South Africa

The Case for Mauritius

A safe investment climate, efficient financial infrastructure and political stability are always going to be highly conducive towards attracting and conducting business.

Little over an hour longer in flying time than the time it takes to travel between Cape Town and Johannesburg, the third smallest country in Africa is therefore becoming an attractive destination in which to live, work, play and stay… quite possibly forever.

Its private and government institutions are strong. Good schooling (in English with French as a second language), state-of-the-art healthcare facilities, and a low crime rate are starting to see a number of South Africans turning their heads north in its direction – families as well as companies.

As a property ownership destination, it’s already been proving its worth for a number of years now, initially for holiday and second homes but, today, increasingly for residency, relocation and retirement.

A huge attraction for investors and in particular those looking to attain passive rental income, has been its property development schemes for foreign non-citizen investment. An investment of $500 000 or more in a PDS will also grant an investor permanent residence status.

And, as we ourselves have found as TBE, there’s a great deal that’s attractive to invest in from a business perspective as well.

Not only is there an ideal opportunity for us to service the rapidly growing need for professional office space on the island, we’ve also decided to use the country as the perfect base from which to launch our own growth into the rest of Africa.

Legislation around setting up companies and ownership structures in Mauritius are quite straightforward, and relatively simple to administer with the right partners and advisors on board.

It may well have been a place of beaches to start with, a few decades ago – and, believe me, those pristine sands are still just as beautiful – but its business opportunities are now among its biggest attractions.

And as South Africa continues to reflect uncertainty, I’ve no doubt that Mauritius’s positive offerings will continue to grow even brighter.