U.S. Stocks Are Outpacing the Rest of the World 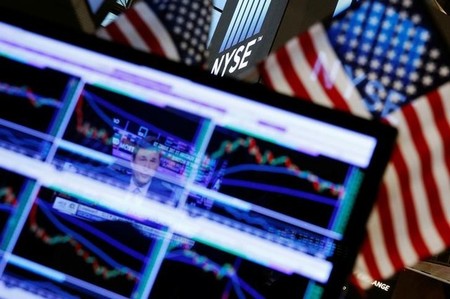 Optimism about state and business reopenings and the potential development of a coronavirus vaccine has lifted the S&P 500 36% from its March low, cutting its losses for the year to 5.8%. The index rallied 3% last week to cap its best two-month stretch since 2009.

Investors point to a booming technology sector and an unprecedented amount of stimulus from the Federal Reserve as reasons for the outperformance. The percentage of fund managers who deem U.S. stocks attractive has risen to the highest level in nearly five years, according to a recent Bank of America Global Fund Manager Survey.

“It’s not so much U.S. versus Europe versus Asia-Pac. It’s really new economy versus old economy,” said Olivier Sarfati, head of equities at GenTrust, adding that the dominance of a handful of big technology stocks in the U.S. is partly responsible for the divide.

Investors this week will parse the May jobs report for further clues about the state of the labor market. They will also review the quarterly reports of companies including Campbell Soup Co. and J.M. Smucker Co. for insights into consumer behavior during the pandemic.

U.S. market dominance isn’t a recent phenomenon. The S&P 500 has outpaced most other stock indexes around the world since the financial crisis. The index has climbed 350% since March 9, 2009, while the MSCI All Country World Index, excluding U.S. stocks, has gained 89%.

Some investors question whether such a sustained stretch of outperformance can continue indefinitely. Markets have a tendency over extended periods to swing back toward long-term trends, a phenomenon known as mean reversion.

The recent U.S. rally, in conjunction with projections for a sharp drop in corporate earnings this year, has made stocks more expensive than they have been in almost two decades. That makes a case for investing overseas, some fund managers say.

The S&P 500 traded Wednesday at 21.85 times its expected earnings over the next 12 months, the highest level since June 2001, according to FactSet and Dow Jones Market Data. That compares with 18.24 times for the Stoxx Europe 600 and 10.70 times for the Hang Seng.

“Unless you think the entire market and the entire economy is going to grow much faster, it’s harder to justify starting from a higher multiple, ” said Danton Goei, portfolio manager at Davis Advisors. “Starting from a more expensive point just means that there’s a likelihood that the international stocks outperform.”

Investors fled stock funds during the market rout of February and March- — and have bailed on some regions at a faster pace than others. As of Wednesday, U.S. equity funds had cumulative outflows since the beginning of 2020 of 0.4% of assets under management, compared with outflows of 3% for emerging markets equity funds and 2.4% for Western European equity funds, according to EPFR.

Part of the allure of U.S. stocks is tied to the hunt for yield, as government-bond yields hover near record lows. The S&P 500’s dividend yield is 1.9%, well above the 0.650% of the 10-year Treasury note. Yields in much of Europe and Japan are negative.

The recent U.S. rally has been largely driven by a surge in big tech stocks. The sector is the best-performing group in the S&P 500 this year, up 6.7%. Microsoft Corp. and Apple Inc., the two biggest U.S. companies by market value, have advanced 16% and 8.3%, respectively.

Tech makes up about 25% of the index, compared with 10% of the MSCI all-country index. Financial shares, by contrast, make up only about 10% of the U.S. benchmark, while accounting for 20% of the global index. Those shares, pressured by central banks’ cuts to already low interest rates, have lost 24% in the S&P 500 in 2020.

Some investors say the recent stay-at-home orders during the pandemic will only accelerate the dominance of the tech and other fast-growing companies that are heavily weighted in the U.S. market.

“It’s done more to accelerate the digital trend that we’ve seen over the last 10 years than anything else could have done,” Mr. Sarfati of GenTrust said of the pandemic.

GenTrust, which has about $3 billion under management, had limited its investment in stocks because of their hefty price tag but bought again in late March. The firm has focused on tech shares in emerging markets as well as U.S. shares that are part of the “new economy” — companies that can grow very fast with relatively fixed costs, Mr. Sarfati said.

“When we increased risk, we focused on what we thought were going to be the net long term beneficiaries of the tech acceleration,” he said.

At the end of April, investment manager T. Rowe Price Group trimmed its position in overseas stockholdings in its multiasset portfolios, said Tim Murray, capital markets strategist in the multiasset division. He said the move was prompted both by the cyclical nature of overseas markets — which makes them more exposed to an economic retreat — and by stronger stimulus measures in the U.S. than in other countries.

“We’ve had a sharp slowdown globally,” he said. “We don’t expect the recovery to be as fast as the slowdown. So we expect economic growth to be impaired for quite a while.”