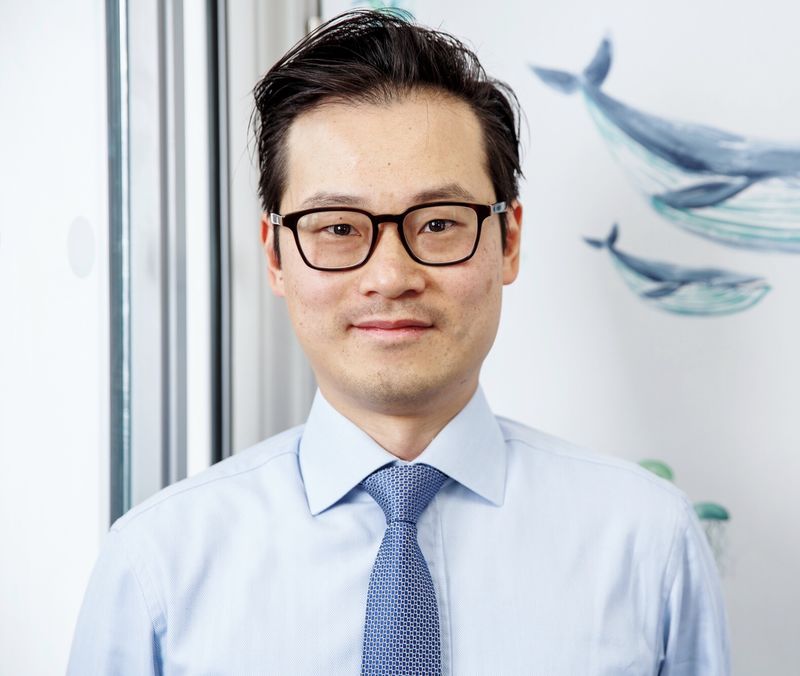 Stephen Yiu’s Blue Whale is among the best-performing U.K. funds, with a 16% increase so far this year.

Not just because the pre-pandemic daily ritual was a way to briefly relax with colleagues during lunchtime, but because it was something “you need to win,” according to Yiu. The sentiment is reflected in his other interests, too.

His favorite film is “The Last Dance,” the 10-part documentary chronicling basketball legend Michael Jordan’s single-minded dedication to trouncing his opponents. His recruit training at a unit of the British Army Reserve inspired his firm’s motto: “Excellence Will Be Tolerated.”

That could all be dismissed as empty bluster, but for the fact that Yiu and Blue Whale do win, regularly. The company’s five-person investment team has posted a net annualized return of 19% since the launch of the Blue Whale Growth Fund in September 2017. A $1,000 investment at the start would have been worth $1,653 at the end of July. The fund has increased 16% in 2020 through the end of last month, in contrast to most major equity indexes across the globe that are down or largely flat.

Blue Whale, which got it start with 25 million pounds ($33 million) in seed capital from Hargreaves, now manages more than 450 million pounds of assets. Yiu, 42, says about two-thirds of his clients are individual investors. He talked about what inspired his firm’s name, how Netflix Inc. is similar to a soccer team and climbing the Great Pyramid of Giza in his early 20s. His comments have been edited and condensed.

Where does the name of your firm come from?

I came up with the name in 2006. I was inspired by the blue whale skeleton at London’s Natural History Museum.

Have you been working from home?

I have been in the office the whole time. I can walk to work.

As the lockdown was approaching, financial markets were in disarray. We have the market going down 10% in a day. You have stocks going down 15% to 20% in a day. There’s a lot of uncertainty.

Obviously I have my Bloomberg back home, but my internet connection isn’t as robust as the one in the office. If something happened and we’re not able to act accordingly, or on a timely basis, it could cost our investors’ performance. That’s something that I can’t afford to do.

Why do you hold a lot of technology stocks?

We ended up with such a high exposure to technology-related names because, in an uncertain world, companies with a business model based on recurring revenue and structural growth drivers can grow irrespective of macroeconomic uncertainties.

Take Adobe. We have seen an explosion in digital content creation and digital advertising. The money Adobe makes is subscription-based. As soon as you stop paying money your software stops working. So while creative professionals have probably seen their workload decrease by 50% since Covid, they’re not going to cut off their subscription to Adobe because then otherwise they wouldn’t be able to complete the other 50% of their workload.

This is what makes Adobe beautiful as a business model.

There are a lot of things within the technology sector that we would never touch. The likes of Netflix, Apple, Peloton, Uber, Zoom, any semiconductor names, any hardware providers. We are not interested.

The landscape that Netflix operates in is highly competitive. It is competing for content against HBO, Hulu, Amazon Prime, etc. So while Netflix can continue to add paying subscribers, they will never be able to deliver a high level of return on investment capital because a lot of that money is going to buy up new content.

If you ask me which other companies or sectors that Netflix is similar to, I would suggest a football club. They continually need to pay up to get the best players. That’s why they can never make any money or sensible enough money.

I compare Zoom to Uber. If I look at my smartphone now, I have five different taxi apps and at any one point in time I will probably check maybe three out of the five to see which one of them offers me the best price. Uber is not my only choice. As far as Zoom is concerned, they are competing with two giants, Microsoft and Google. WhatsApp is coming as well. How are you going to get consumers to pay for your service?

The only thing that’s quite certain is that the world will become more uncertain.

There’s a trade war and cold war going on between the U.S. and China. You have the Hong Kong situation. You have Brexit. Argentina is defaulting. And then you have Covid as well. So you would probably expect five years from today that the world is going to be in worse shape. We want to invest in companies that aren’t going to be materially impacted by whatever direction these issues take.

What are your favorite memories?

The solo trips I did when I first graduated. I was 21, or 22. I didn’t know what to do next and someone recommended I take a year out to go traveling.

I’ve done overland routes such as Mexico to Panama in Central America, Hong Kong to London through Siberia, Tibet to Hong Kong through the Greater Mekong, London to Egypt through the Middle East. In Cairo, I climbed to the top of the Great Pyramid of Giza and spent a night there.

What book would you recommend?

The basis of this book was that he did a road trip across maybe 30 or 40 countries around the world. The interesting thing that he got from his trip was that he realized there was going to be a commodities boom in the 1990s and 2000s, because he’s been to so many emerging markets and he has spoken to a lot of people. That does excite me because this is another way of performing fundamental research, and I love traveling as well.

Cecconi’s [an Italian restaurant, with locations including Mayfair] is two minutes from our office. It reopened two weeks ago, and we’ve already started going back. I recently had the crab ravioli. It’s quite unique to them.