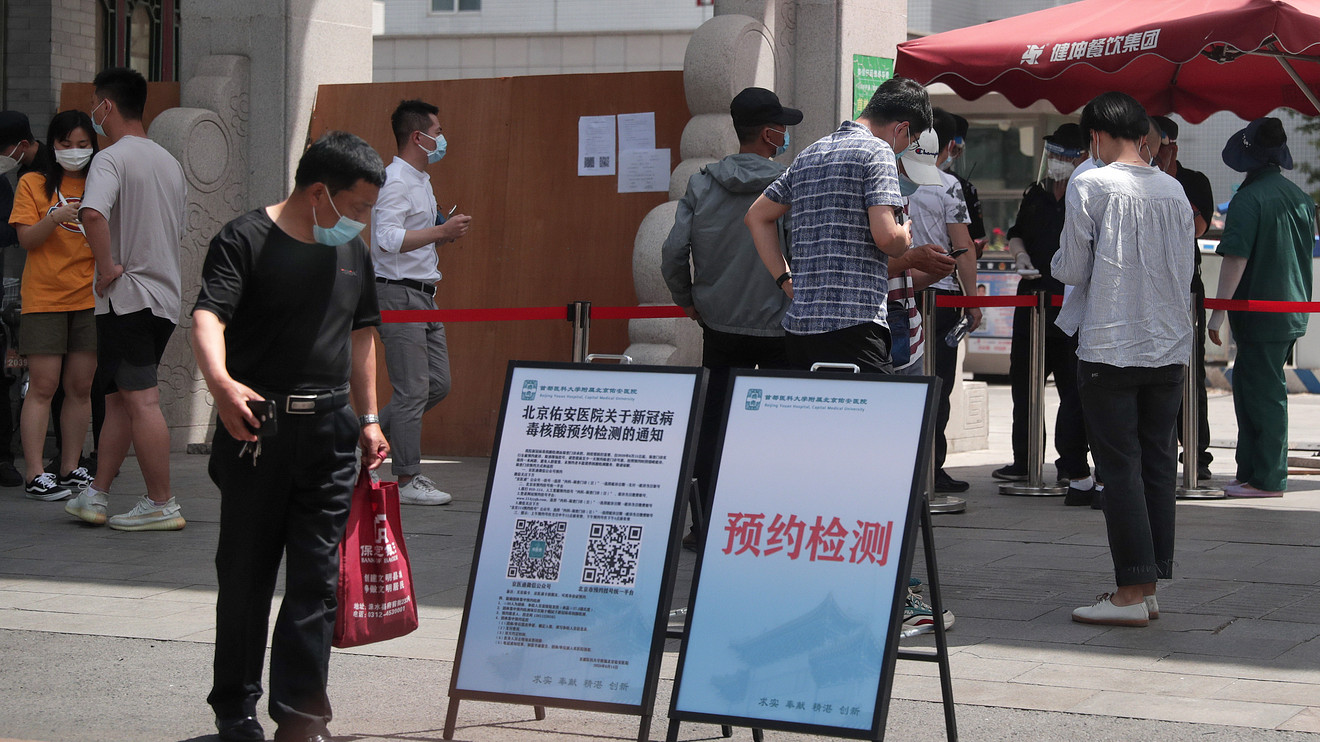 Shares in Europe slumped on Monday on concern over rising coronavirus infections just as many countries begin opening up after lockdowns.

Rising infections in Arizona, California, Florida and Texas, as well as a new outbreak in Beijing, sent investors scurrying from risky assets.

“Overall, it’s possible that globally we are now shielding the vulnerable better and that even if we do see a second wave it might not be as deadly as the first. Anyway, expect the market to be obsessing about these states this week,” said Jim Reid, strategist at Deutsche Bank.

The losses came on the day the U.K. allowed non-essential retailers to resume operations.

Of companies in the spotlight, BP shares BP, -4.36% BP, -4.81% lost nearly 6% after the energy giant said it would take up to $17.5 billion in charges, due to lower assumptions on the oil and natural gas it sells.