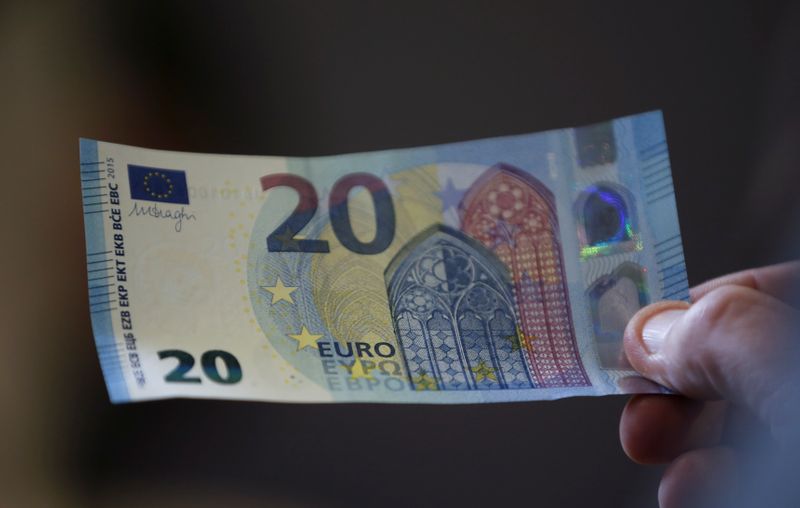 The euro jumped on Monday against the dollar and Swiss franc after Germany and France issued a call for a 500 billion-euro ($545.65 billion) recovery fund for Europe and proposed to allow the European Commission to borrow money on markets to finance the fund.

The Franco-German deal, described by French president Emmanuel Macron as a major step forward, seeks to break the impasse over joint euro debt and act as a blueprint for a wider EU agreement.

“Comments from Merkel and Macron show progress towards joint debt issuance in the EU, with measures looking to protect struggling industries via grants as opposed to loans which would merely delay insolvency,” said Simon Harvey, FX analyst at Monex Europe.

“Although the measures outlined are merely proposals at this point, it gave the euro the green light to rally against a vulnerable dollar in today’s session,” Harvey said.

Against the Swiss Franc, the euro jumped 1.01% to a more than 2-month high.

The dollar was also pressured by strength in commodity-linked currencies after oil prices jumped on Monday, with both U.S. and Brent benchmarks on track for their highest settles in two months, supported by optimism about resumption in economic activity and steady output cuts from major producers.

The gradual easing of lockdowns has raised hope across global markets despite fresh trade tensions between the United States and China, though traders were wary of taking big bets before more data this week.

Sterling climbed off eight-week lows against the dollar as broad dollar weakness helped the currency shrug off talk of negative interest rates from the Bank of England and a stalemate in Brexit negotiations. The pound was last 0.73% against the greenback.