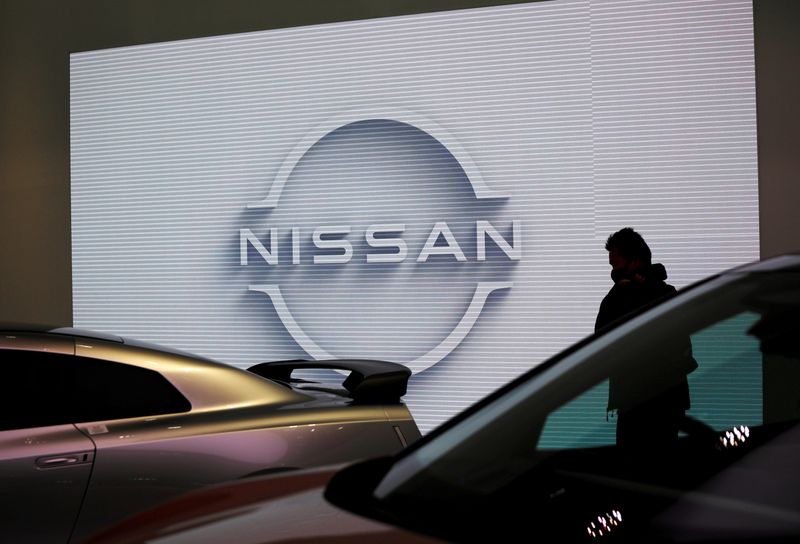 TOKYO/DETROIT (Reuters) – Ford Motor Co, Toyota Motor Corp, Fiat Chrysler Automobiles and Nissan Motor Co Ltd said on Friday they would cut vehicle production this month due to a shortage of semiconductors, becoming the latest automakers hit by a chip crunch as demand rebounds from the coronavirus crisis.

Honda Motor Co also said Friday its output in Japan could be affected by a shortage of semiconductors.

Automakers and electronic makers are facing a global shortage of chips as consumer demand has been bouncing back from the coronavirus pandemic, causing manufacturing delays.

Credit Suisse analyst Daniel Levy said in a research note that the chip supply issues may limit near-term auto production for the industry, but industry officials said they are prioritizing production of higher-profit vehicles.

Major auto chip suppliers such as NXP Semiconductor said auto production rebounded faster than expected from the pandemic, leaving them struggling to catch up.

Meantime, chip manufacturing capacity has been stretched thin globally as laptops fly off shelves for working from home, and PCs and gaming consoles sell heavily, leading chip firms such as Nvidia Corp to warn of supply constraints.

And a move by U.S. regulators to blacklist China’s Semiconductor Manufacturing International Corp, that country’s largest contract chipmaker, has sent chip firms around the world scrambling to find new partners.

U.S. automaker Ford said it would idle its Louisville, Kentucky, assembly plant, which builds the Ford Escape and Lincoln Corsair SUVs, pulling ahead a scheduled week-off from later in the year.

Fiat Chrysler said it will delay the restart of production at its Toluca, Mexico plant, where it builds the Jeep Compass, and idle its Brampton, Ontario plant that builds the Chrysler 300, Dodge Charger and Dodge Challenger cars.

The Mexican plant had been due to restart production next week, but now both plants will be shut through the end of the month, FCA said.

Toyota will cut production of its Tundra full-size pickup truck at its San Antonio, Texas, plant, but spokesman Scott Vazin did not immediately know how many units would be lost. “We’ll throttle back production,” he said, adding no other U.S. vehicles were affected.

Ford declined to identify the chip supplier and spokeswoman Kelli Felker said the company hopes to have the plant operating again the following week. “We are working closely with suppliers to address potential production constraints tied to the global semiconductor shortage,” she said.

Nissan said it planned to reduce production of the Note, a hybrid electric car, at its Oppama Plant in Kanagawa prefecture, Japan but did not give details of the scale of the output cut.

The Nikkei newspaper reported that Nissan would slash its Note production at Oppama to about 5,000 units in January, from an initially planned 15,000 units.

Germany’s Volkswagen said last month it faced a shortage in the supply of semiconductors and would adjust production at facilities in China, North America and Europe.

Honda has also begun “seeing some impact in the parts supply,” a company spokesman said. It will first shrink its production by about 4,000 units this month, mainly affecting the Fit subcompact made at a plant in the city of Suzuka in Mie prefecture, the Nikkei newspaper said Friday.

A massive fire at a chip plant owned by Asahi Kasei Microdevices Corp (AKM), a unit of Asahi Kasei Corp, in southern Japan in October has also damaged semiconductor supply.

Separately, China’s GAC said its joint venture with Honda had received warnings on supply of certain models but gave no details.

China’s Dongfeng Motor, which also has a partnership with Honda, did not immediately respond to a request for comment.

General Motors Co and BMW AG said on Friday that they have not been affected yet by the chip shortage but are monitoring the situation closely.